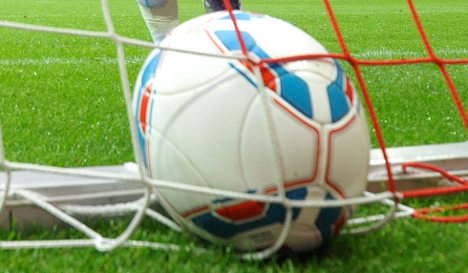 Both games taking place on the shared pitch continued after the initial shot as no-one realised what was happening – until one of the players collapsed with a bullet wound in his thigh.

Some also shouted “Someone’s shooting! Get off the pitch!” The amateur athletes and spectators, some 50 people in all, then fled the pitch, seeking shelter behind nearby hedges and trees.

Some players stopped to help their injured team-mate from the pitch, while others called emergency services. Police officers sealed the area as the wounded man, a 33-year-old from Ecuador apparently standing in for another player, was taken to hospital.

The bullet appears to have passed straight through the man’s leg, as some witnesses described seeing two holes “the size of two-euro coins.”

Police have started an investigation, though there are no clues as to the identity of the shooter or his or her motives.

Players said the shots came from a building behind a fence and a hedgerow adjoining the pitch, but no one actually saw the perpetrator. The building and neighbouring Mauerpark were searched.