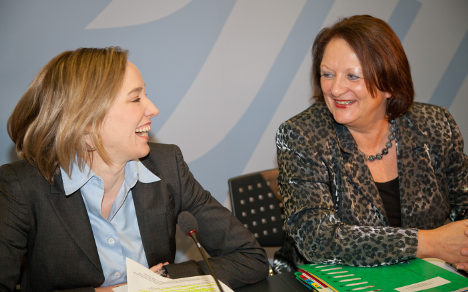 “We do not see a legally binding guideline from the European Union for a quota as the right way,” the letter says. Such a quota would, “not be fair either to the various starting positions of the EU member states, nor the industry-specific needs of the companies.”

The letter is addressed to the UK Business Secretary Vince Cable, who has been leading efforts to stop the initiative of EU Justice Commissioner Viviane Reding to introduce such a law.

They said they expressly welcomed and supported the British initiative to try to stop the quota.

Germany now joins a group of EU countries which had met on September 4 in Brussels to forge a union against the quota. The group includes Bulgaria, Czech Republic, Denmark, Hungary, Lithuania, Malta, the Netherlands, Sweden and Slovenia – and now Germany.

Reding’s suggestion would be that publicly traded companies have at least two of every five supervisory board positions filled by members of whichever gender is currently underrepresented by 2020, the Süddeutsche Zeitung said.

The rule would apply to those firms with more than 250 staff and more than €50 million annual turnover. Those firms which fail to manage this would be punished.

The EU countries which are now against the idea have enough votes to kill the initiative, the paper said.