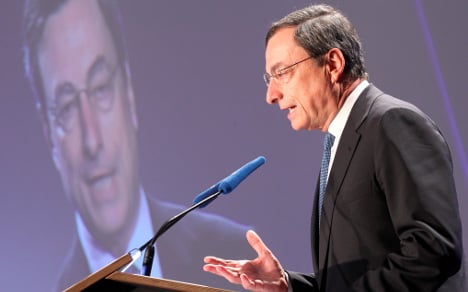 Draghi told the Süddeutsche Zeitung newspaper that he would be ready to come to Berlin to answer criticism from German MPs about his handling of the euro crisis.

“If the Bundestag invites me, I would be happy to come,” he told the paper. “That would be a good opportunity to explain what we’re doing.”

But he is unlikely to be asked to make a speech in the chamber, instead he would probably appear before the parliament’s budget and Europe committee – though no date has been set.

Bundestag President Norbert Lammert thanked Draghi for his offer and said he would do his best to find an appropriate format for a discussion with “particularly interested and engaged MPs.”

Recent polls suggest that half of Germans mistrust the ECB president, which, Draghi said, makes his job harder. “I must do more to explain our measures,” the Italian admitted.

The parliamentary faction of the Christian Democratic Union – Chancellor Angela Merkel’s party – dismissed any talk of Draghi making a speech in the chamber itself.

“A big appearance in the plenum will not be announced, because that could easily be misunderstood as a sign that the ECB is becoming dependent on governments,” a spokesman said. “But there is no reason there can’t be discussion in front of specialist committees.”

Draghi has been criticized recently for allowing the ECB to buy unlimited state bonds on high interest rates. He maintains these bonds will only be bought if strict conditions are applied.

Draghi also told the paper that the programme is already proving successful, and that global trust in the euro is increasing. “Fund managers are bringing their money back to Europe,” he said. “That is good for the economy.”

Demonstrators against restrictions imposed by Chancellor Angela Merkel's government to halt coronavirus transmission had attempted in the summer to enter the Reichstag parliament building, but were repelled by police forces.

Lawmakers of the far-right AfD party, some of whom had marched in increasingly aggressive virus-skeptic demonstrations, have also been accused of inviting into the parliament building protesters who went on to harass other MPs.

Following chaotic scenes overnight in the Capitol, German parliament speaker Wolfgang Schaeuble said he would examine “what conclusions should be drawn from this for the protection of the Bundestag”, his office said in a statement.

The Bundestag refers to the lower house of parliament with its 709 lawmakers, while the Reichstag is the building where they do their work.

The German embassy in Washington has been requested to provide a report on how the “violent excesses could have happened in the Capitol”.

Security forces of the parliamentary groups, the state of Berlin as well as the federal interior ministry have been tasked with examining whether protection of the Bundestag would need to be beefed up.

Leaders of the AfD released a statement Thursday denying any links to heated virus-skeptic protests in front of the Reichstag building last year.

“Anyone who equates the unrest in Washington with the demonstrations that took place before the Reichstag building in Berlin, and who points to our party's sympathy for these events, is abusing the anarchist events for political purposes in Germany,” they said in a statement.

The mainstream political parties have said the AfD shares blame for the security breaches at the Reichstag and demanded that it call on its supporters to respect Germany's democratic institutions. 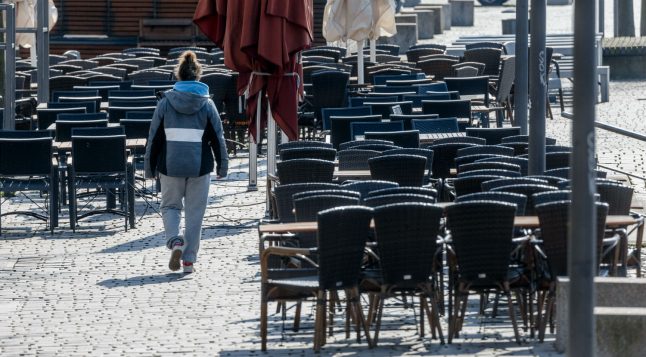 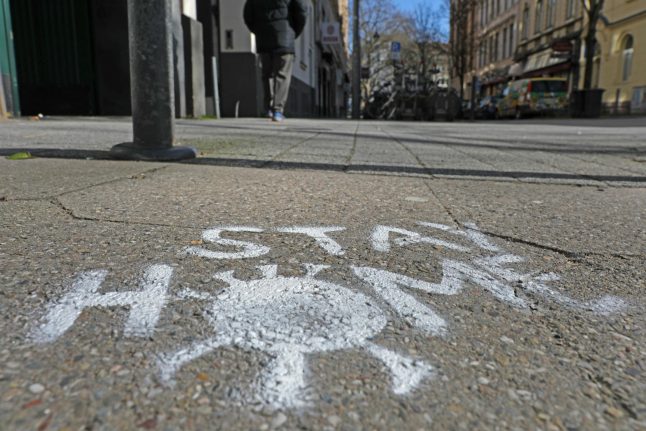