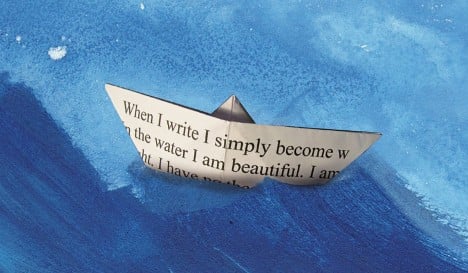 One thing’s certain. Art. It’s one of the German capital’s biggest draws. This week hundreds of small galleries join museums like the Hamburger Bahnhof and the Neue Nationalgalerie in presenting a new event that’s said to be the art highlight of the autumn. From Man Ray and Mario Testino fashion photography to Paul McCarthy’s studio “box,” a bevy of refreshing art has sprung up in spaces across the city. Go and immerse yourself in the invigorating atmosphere.

Price: €28 (One ticket allows entrance to all partner venues)

Those looking for a smaller scale art fair can focus on two districts in the eastern side of the city. Galleries in Friedrichshain and Lichtenberg stay open late on Saturday night for a “Long Night of Pictures,” and some of them will be complimenting their visual arts with live music and theatre performances. Pedal your way through one of several suggested itineraries and see artwork inspired by cartography, black and white photos from 1980s Berlin, and countless colourful paintings.

One of a gazillion Brooklyn bands working hard to get famous, Relatives mixes minimalist vocals with a folksy lilt and a classical wink. Two out of five members, Katie Vogel who sings, and Ian Davis who sings and plays guitar, harmonize at Madame Claude’s on Friday night. Pull up a seat at the brothel turned “bar for common people” and enjoy a beer while the band plays on.

Fritz Lang – Woman in the Moon

Blast off to the moon! Fritz Lang’s last silent film is considered to be the first in the genre of science fiction. The black and white classic was first shown in 1929 and deemed revolutionary. Countdown to zero Monday night at the Cologne Philharmonic when Dennis James and Mark Goldstein perform organ and electronics along to all the space travel action.

Spread out across all floors, a choir, musicians, and soloists explore the cathedral-like acoustics of the Museum of Applied Arts’ 1957 building in Thomas Witzmann’s video/music-theatre piece “Angle of Incidence/Refraction.” With a variety of different mediums, the German composer and director presents a part documentary, part narrative multi-sensory work about the turbulent history of Cologne’s Museum of Applied Arts.

During the 19th century, magazines like Harpers Weekly and Scribner’s hired wood engravers to reproduce drawings and paintings for publication. An intricate art form, the technique was made obsolete by modern printing technologies. A new exhibition at the Wallraf-Richartz-Museum features approximately thirty engravings by masters like Timothy Cole and Henry Wolf. Examine the detailed lines of an earlier time when the show opens Friday.

Breaking the Code – A Play By Hugh Whitemore

Considered by many to be the father of computer science, Alan Turing played a major role in influencing the world as we know it. Seems like a good guy to write a play about. The English Theatre Frankfurt’s production of Hugh Whitemore’s Breaking the Code opened last week. Take a seat in the audience and find out all about the life of the man who broke German codes during World War II, created the first designs for a “stored-program computer,” and was nearly imprisoned for being gay.

The lights are low, the click of an old typewriter fills the air. Is that cigar smoke you smell? Or just your imagination getting carried away in the mysterious atmosphere of the German Film Institute Film Museum. A special exhibition presents the style and history of film noir with movie projections, posters, scripts, and props set up like a film noir movie set. Wear your fedora.

Writers from Germany, elsewhere in Europe, and points further abroad gather in Hamburg this week for the city’s biggest gathering of bookish types. Anglophones will appreciate the “Literature from Overseas” section featuring discussions with American authors Chad Harbach and Teju Cole, and New Zealander Anthony McCarten as well as Colombian author Antonio Ungar.

French villagers prepare for their big day in this show-within-a-show. Combining impressive acrobats with hilarious humour, the actors create an exuberant circus atmosphere. Be dazzled by the talented team of dancers, comedians, jugglers, and contortionists this week in Munich.

There’s a gallery in Munich that specialises in fine art photography from Asia. It’s called Kobeia, and its current exhibition “Journey Back in Time” ends Saturday with a little soiree. Go and enjoy light refreshments while gazing at historic images of stunningly beautiful Far East landscapes, serene women performing a Japanese toilette, and kimono-ed artisans engrossed in their work.