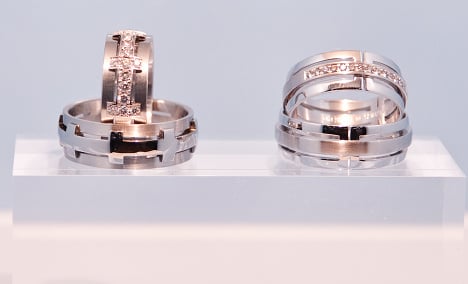 The woman, who has not been named, heard in court on Wednesday that she was not guilty of manslaughter and would not be going to prison. Instead she would receive an eight month suspended sentence for denial of medical assistance to the fatally wounded 18-year-old and for breaching the country’s weapons law.

The man entered the shop in Wetterau, Hesse, in July 2011 wearing a mask. He held an unloaded air gun and demanded money.

The woman went into a back room, where she had a hidden revolver, and shot him from a distance. The bullet hit the teen in the back of the head.

Prosecutors said they saw no case for self-defence, arguing that if it had been, she would have fired a warning shot or shot him in the leg.

But the judge at the Gießen regional court in Hesse said she could not have known that his gun was not loaded and that the woman was clearly affected by the incident.

“I was holding the weapon in my hand and suddenly it fired,” she told the judge, an incident that her defence called “purely accidental.” The court gave her a suspended sentence for failing to alert the emergency services quickly enough, and instead ringing her husband.

Initially the woman told the police that the robber’s accomplice had shot him, which was found to be a lie.

Ulf Allhoff-Cramer, an organic farmer from the Rhineland town of Detmold, backed by the Greenpeace campaign group, says Volkswagen’s emissions are significantly contributing to climate change and therefore damaging his business.

He claims this is interfering with his fundamental rights to property, health and freedom.

“A corporation with such gigantic CO2 emissions as VW is partly responsible for the damage caused by the climate crisis,” Roda Verheyen, Allholf-Cramer’s lawyer, was cited as saying by Greenpeace ahead of the proceedings.

If the group does not reduce its emissions much faster than currently planned, it will be harming others and therefore behaving “unlawfully”, she said.

However, a spokesman for the court in Detmold on Friday said it had expressed clear doubts about the success of the lawsuit.

The case was adjourned until September to allow time for the farmer to submit additional written evidence and to allow Volkswagen time to comment.

The automotive group has previously rejected his allegations as “unfounded”.

He is trying to claim “individual liability for general consequences of climate change” and that “in our view cannot succeed”, the carmaker said.

Allhoff-Cramer and Greenpeace want to force VW to reduce the proportion of cars it makes with combustion engines to 25 percent by 2029, and to end production of combustion engine vehicles completely by 2030.

They also want VW to reduce its CO2 emissions by 65 percent compared to 2018.

The plaintiffs accuse VW of having known about the dangers of global warming for decades.

They say research has shown the board was warned at a meeting in 1983 of the consequences of increasing carbon dioxide emissions and the threat of climate change.

The Volkswagen group – whose 12 brands include Audi, Porsche and Skoda – is pumping 35 billion euros into the shift to electric vehicles and aims to become the world’s largest electric carmaker by 2025.