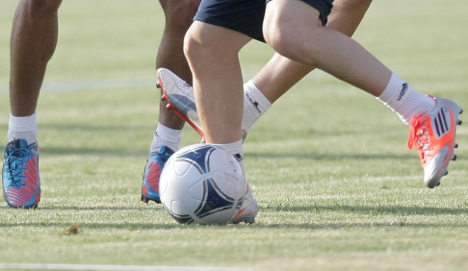 In an indictment of attempts by football authorities to make gay players feel confident enough to be open about their sexuality, the man said, “I would no longer be safe if my sexuality was to be made public.”

Speaking to Fluter, the magazine published by the government’s pro-democracy centre for political education, the player said he was paying a high personal price to fulfil his dream of playing in Germany’s top flight football division.

“I don’t know whether I will be able to take the constant tension between the model heterosexual player and the possible discovery, until the end of my career,” he said.

When asked what would be so bad about his homosexuality becoming public, he said the general image of gay men was not that of strong, aggressive players. He suggested any mistakes he made on the pitch would be blamed on his sexuality.

“Should someone explain to the outraged crowd before the game that ‘the gays’ are actually completely normal men, and then simply play? Unimaginable,” he said. “In the situation in a stadium or after the game, any tiny thing within the group would be made into a big deal.”

He said he also feared the media would focus on any relationship he might have rather than on his football prowess. “Either I stroll with my boyfriend to an event and am then in all the media for three weeks, or I lie to myself and keep everything private,” he said. “There is simply no solution.”

He said he did not have a boyfriend, and that his last relationship had been “poisoned” by the secrecy. His women friends stepped in and accompanied him to public events, he said.

A few other players knew he was gay, he said, and there was no problem. “Of course some situations such as showering were uncomfortable for both sides at first. But I have no interest in the other players and at one point it became unimportant for all sides. At the end of the day despite their reputation, my colleagues are not ignorant.”

The call from the head of the German Football Association Theo Zwanziger this January, for gay players to come out and declare their sexuality, assuring them things had improved, held no weight for the player.

“It’s all fine to say, when you don’t have to go out into the stadium on the next match day. Perhaps the problem would be reduced if several players were to out themselves, but even there I see little hope at the moment.”

He said he was going to continue as he was, although he would be very happy to be able to live openly. “Of course I would be delighted if at one time an avalanche of outings came, and even I could be amazed at who was there who I did not already know. A bit of normality would make me happy. Simply to be able to go with a future partner to a restaurant in public. A dream.”