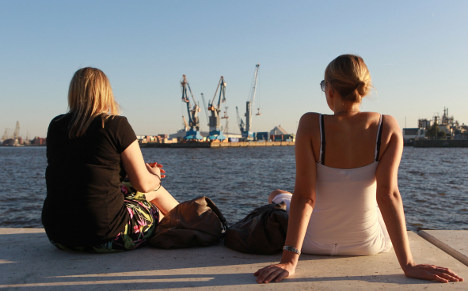 The “Happiness Atlas 2012” released on Tuesday showed the gap between east and west was closing, with easterners becoming increasingly happy.

People were asked to rank their happiness on a scale of one to ten and despite the worries associated with the euro crisis, and the poor performance of the national football team, the average score was seven – the same as last year.

“We can see a long-term trend with the greatest change in the east of Germany,” said Bernd Raffelhüschen from Freiburg University, who led the study. The difference between the two sides of the country was only worth 0.2 of a point.

He said the happiest Germans were at the northern and southern extremes, with Hamburg and the North Sea coast scoring their lives the highest, followed by people in Bavaria.

Those least happy were living in Thuringia, Brandenburg, Mecklenburg-Western Pomerania and Saxony-Anhalt.

The most important happiness factors named by those questioned were health, partnership and friends. Divorce, the death of a partner and unemployment had the strongest negative effect, the study showed.

A supplementary survey asked people across the country to say how happy they were with the cities they lived in. Hamburg came out top, followed by Düsseldorf and Dresden, while Berlin, Cologne and Essen were ranked least satisfactory.

Those questioned were asked about cultural matters, public transport and the attractiveness of the city for business.