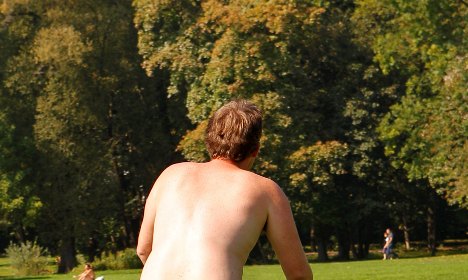 Police in Unterwössen near Traunstein, took a call last Thursday evening from the worried walker, the TZ newspaper reported.

The hiker said he had tried to help the naked man but he had refused all offers of assistance and wandered off.

Officers went into the forest to track him down – luckily not taking long to find the man and persuading him to go with them.

They said he was disoriented and cold, and took him to hospital.

It was later discovered that he was a monk from the Traunstein area who had set off on an expedition with his bicycle and tent, planning to be in the countryside for several days.

But it seems he had eaten toxic berries which had given him hallucinations and partial paralysis. He failed to find his way back to his tent, ending up instead wandering around aimlessly.

It remains a mystery how he came to be naked.