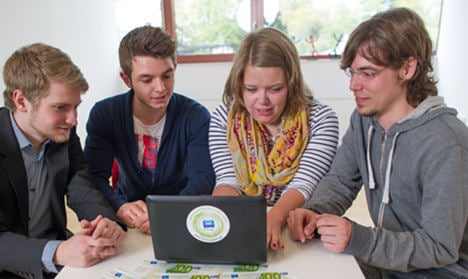 Of those surveyed, 18-percent of 18- to 35-year-olds said they would rather sacrifice a year of sex than a year of going online, according to lifestyle magazine NEON.

“The net plays an important role for the first internet generation but there is also life beyond it,” NEON said in a summary of the findings, noting that 57 percent said it was more important for their quality of life to have a balcony than a fast online connection.

It said young Germans who consider themselves “digital natives” had different tastes and lifestyles than their parents, with 66 percent saying they “rarely” or “never” felt overwhelmed by the online options at their disposal.

Seventy percent said that they only visited 10 or fewer websites regularly while just 12 percent regularly visit more than 25 internet addresses.

“The study depicts a generation that sees the internet as a fact of life but uses it carefully and deliberately,” editor-in-chief Vera Schroeder said.

Opinion research institute Forsa conducted the poll among 1,016 people with an internet connection.