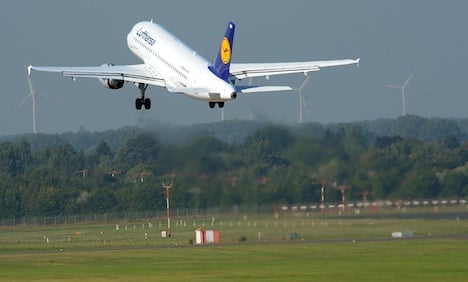 Still, a few flights will likely be cancelled Saturday as a result of the strike by the flight attendants’ union, UFO, an airline spokesperson said.

The union’s nationwide 24-hour strike ended at midnight, after the union and the airline agreed on an arbitration process, and the airline conceded to one of the union’s demands and promised not to use subcontract workers as cabin crew in Berlin in the foreseeable future.

“Unilaterally, until further notice and without further preconditions, Lufthansa renounces the employment of external cabin crews,” the airline’s chief executive Christoph Franz said. Flight attendants currently employed from a temporary agency in Berlin will be offered full-time positions next year, the company said.

On Friday, almost 1,000 flights were cancelled as a result of the strike, which affected some 100,000 travelers. It was the largest of three strikes called by the union in the past week.

Frankfurt Airport, the airline’s primary hub, was most affected by Friday’s strike, which the union called the biggest in Lufthansa’s history. The airline said the strike affected all regions of Germany, and all types of flights, including long-haul flights.

The airline’s management and the union agreed to using a mediator to solve their dispute, so new wage agreements for the cabin crews could be signed by Wednesday.

The union, which represents two-thirds of Lufthansa’s 18,000 cabin crew, has been calling for a five-percent pay increase backdated to April, after three years of wage freezes.