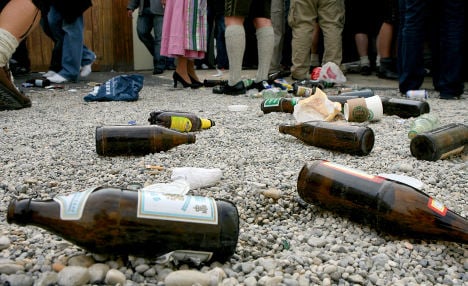 “We have a huge problem with empties,” Heiner Müller, manager of the Paulaner and Hacker-Pschorr brewery, told Munich’s TZ newspaper on Thurday, barely two weeks before the Oktoberfest is set to begin. “The situation has worsened dramatically in the past few weeks.”

The paper reported that beer consumption has increased drastically in Munich because of recent fine weather – and the sharp increase has left a shortage of both bottles and crates.

The desperate state of affairs led Müller to launch into a dramatic plea in the paper. “Dear Munichers – bring back your crates,” he implored. “We need our empties!”

“We have this problem every summer, but we’ve never had it as bad as this year,” said Stefan Hempl, spokesman for the Hofbräu brewery. “We’re tens of thousands of bottles short.”

The crisis has led to Hofbräu prioritizing its two most popular beers – Helles and Wiesnbier. “At the moment we could have a situation where we don’t have any dark beer for a few days,” said Hempl, sending a chill down many Bavarian spines.

Hofbräu have also taken to warning retailers that orders will only be filled if they bring empties back.

The Spaten and Löwenbräu breweries, meanwhile, are running short of 30-litre barrels. “We can still fulfil all the orders, but it’s getting tight,” said Oliver Bartelt of Anheuser-Busch InBev, the parent company behind both much-loved Oktoberfest staples.