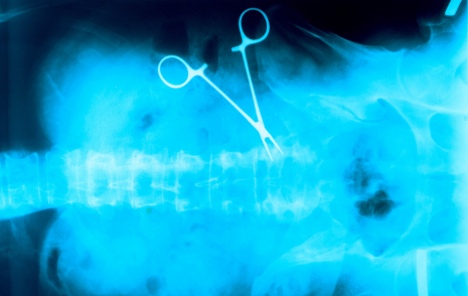 Researchers at the Medical Service of Health Insurers (MDK) vetted 12,686 complaints submitted by patients in 2011, and found that 4,070 were justified. In three-quarters of the confirmed complaints, the mistakes led to health problems.

The complaints were mainly directed against orthopaedists and surgeons, with the most errors occurring in the treatment of knee and hip osteoarthritis. Complaints about mistakes in operations on broken arms and breast cancer were also common, the survey found.

“In our experience, a lot of the treatment mistakes led to a chain of errors,” said MDK spokeswoman Astrid Zobel.

The MDK has been making a yearly assessment of patients’ complaints since 1995.

A new law passed in May expanded patients’ rights by putting the onus on doctors to prove that they haven’t made an error when a patient makes a serious complaint. In simpler cases, patients still have to prove that the doctor’s error led to the harm.