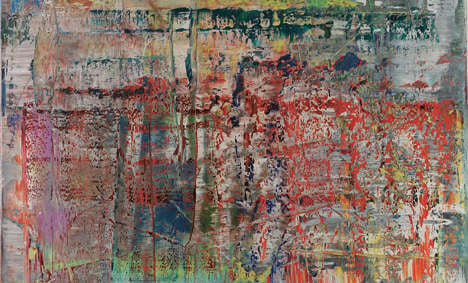 As the long days of summer slip slowly into Autumn, why not hit the road this weekend and take a little excursion over to the mediaeval town of Bad Freienwalde? An hour’s drive from Berlin, the German spa town hosts an annual Old Town Festival, and this year’s event kicks off Friday night with a classic rock band, electro DJs, and karaoke. A beer garden sets up under the trees by the historic concert hall.

Hope you’ve been drinking your orange juice, because you’re going to need your energy in Berlin this week. From Astra to Lido, venues around town are presenting artists from across the spectrum of musical genres. Be sure to join in on the clubbing adventure Friday when buses shuttle party people around five different club routes during “Club Night.” This is club hopping like you’ve never seen it.

“Murr-ma” is an Aboriginal method of “gently feeling the way with ones feet to search for shellfish at low tide in streams and mud flats.” Isn’t it a beautiful image? Go and see works meant to convey this theme by an emerging group of artists from Australia in Berlin this week. The group show includes poignant portraits by Julie Dowling, painterly photographs by Deborah Paauwe, and realistic still lives of wombats and lorikeets by Marian Drew.

Mingle with Anglophone writers at a launch party for an English Literary Journal, or gaze at drawings inspired by Philip K. Dick at a gallery opening. Berlin’s International Literature Festival offers plenty of opportunities to dwell for a while on the written word – in whatever language you prefer. Check the schedule for readings and discussions by authors from Great Britain, Denmark, Columbia, Spain, Ukraine, and beyond.

If zombies and vampires make your heart stop and your blood run cold (in a good way), then take a seat at the Fantasy Film Festival in Cologne this week. Many of the frightening flicks will be shown in their original English language including Sightseers a British film about serial killers in love, Beasts of the Southern Wild, an American film about mythical beasts, and Chained, an awesomely gruesome new movie by the American director Jennifer Lynch.

Some really cute cartoons for kids as young as four are screening this week in Frankfurt. Non-animated movies are also included in the festival’s charming program for your little rug rats, and many of them include English subtitles. From a girl who lives inside the heart of a giant, to a pint-sized hero from Nigeria, and a pair of well-meaning chicken thieves, Lucas presents a beloved cast of characters. Now’s as good a time as any to get the progeny hooked on foreign film.

15 Years of the Gallery of Contemporary Art

Major pieces by art world superstars are going up at the Gallery of Contemporary Art this week in honour of the museum’s 15th anniversary. The special exhibition includes works by Sophie Calle, Bruce Nauman, Sigmar Polke, Gerhard Richter, and Andy Warhol, and offers an excellent view of late twentieth century art history. Take a tour of the two-story display and get invigorated by the vibrant paintings and installations.

Jasmila Zbanic – Do You Remember Sarajevo?

Since the end of the Bosnian War in 1995, filmmakers from the region have used their medium to try to come to terms with what happened in their homeland. Sarajevo-born director and producer Jasmila Zbanic made a film with found footage taken by Sarajevo residents during the war. See Do You Remember Sarajevo? Tuesday evening at the Haus der Kunst followed by a discussion with the filmmaker.

Dance to rock-a-billy bands while you learn about organic farming this weekend in Munich. Leopoldstrasse and Ludwigsgstrasse are going car-free for Green City’s Street Life Festival, a two-day, open-air extravaganza celebrating healthy living. Munich-based environmental organizations will be demonstrating ways to help save the earth, while organic chefs will offer a few new ideas for dinner. Go play in the streets.

One of the New Yorker‘s “20 Writers for the 21st Century,” Nathan Englander is a playwright and an award-winning author of short stories. On Wednesday, the writer discusses his forthcoming collection What We Talk About When We Talk About Anne Frank at the Amerika Haus in Munich.

Clint Eastwood has been making headlines lately after delivering his infamous speech at the Republican National Convention. Get swept up in the frenzy and witness some of the iconic actor’s finer hours in cinematic masterpieces like Sergio Leone’s Fistful of Dollars this week in Nuremburg. The KunstKulturQuartier pays tribute to the leading man by screening a selection of his movies from the last half century.