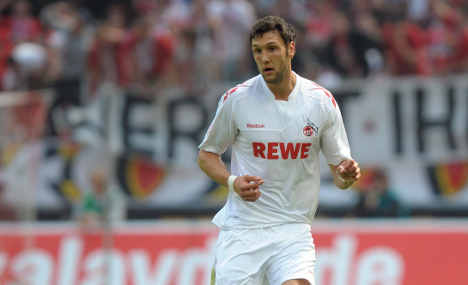 Pezzoni quit the second-league team last weekend after a group of angry fans ambushed him outside his apartment, roughed him up, and threatened him. The club let the 23-year-old player out of his contract after the attack.

“[The attackers] left a note on his car and made it clear they wanted to really hurt him,” Cologne coach Holger Stanislawski said at the time. “That is just not acceptable and can’t ever happen.”

The public prosecutor in Cologne, Ulf Willuhn, said on Wednesday that he had been informed by Pezzoni’s attorneys to expect a formal complaint. A spokesman for the footballer confirmed the move.

FC Cologne fans who opposed Pezzoni’s membership of the team had started a Facebook group called: “Kevin Pezzoni must go.” The aim of the group was to gather 50,000 signatures, and it was formed after a recent game against Erzgebirge Aue in which Pezzoni performed poorly.

The recent attack wasn’t the first time the player had been threatened. At a carnival celebration earlier this year an angry fan punched Pezzoni in the face and broke his nose.

But the latest incident, with the attackers waiting outside his home, caused concern all the way to the top of Germany’s football hierarchy.

Joachim Löw, coach of the national team, said Tuesday: “I find it unacceptable that something like this can even happen.”

The head of the players’ union (VDV), Ulf Baranowsky, warned of the problem escalating further.

“It can’t be, that because of such criminal machinations, players can be so intimidated that they must run away,” he said. “And it cannot happen that these violent criminals practically determine the squads.”

There have been other examples of players in Germany being threatened by angry fans, Baranowsky said. Cars have been scratched, one player had his leg broken, and another got a broken nose after visiting a disco, he said.

What once were solitary incidents are now becoming more of a trend, said Harald Lange, director of an institute for fan culture at the University of Würzburg. “In the past two to three years there have been more and more such cases,” he said.

Meanwhile, the team’s sponsor, the retail and tourism giant Rewe, whose name is emblazoned on FC Cologne’s jerseys, pledged Wednesday to help fight against fan violence.

Alain Caparros, CEO of Rewe, said in a statement, that there should be “absolutely zero tolerance” for such crimes. “We must send a clear signal: Those who do not absolutely distance themselves from anarchists and violent criminals cause harm to the club, the team, and all true fans.”