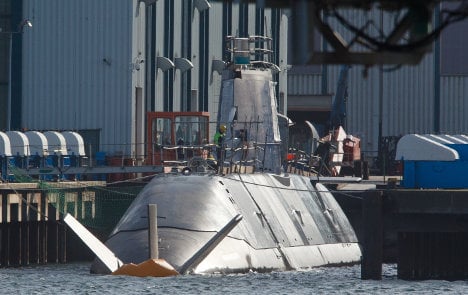 The Financial Times Deutschland reported on Tuesday that a host of Israeli experts were speaking out against the deal.

“In the case of a conflict, they could threaten shipping to Israel’s harbours, upon which we are completely dependent,” said Brom. He said Israel would not be able to effectively defend itself against modern submarines.

The timing of the sale was particularly unfortunate, said Eli Shaked, former Israeli ambassador to Egypt. He said tension in the region was high enough as it was. “One should not increase it,” he said.

Arms sales to the Middle East were, “always about the military balance of Israel and its Arabic environment,” said Shimon Stein, former Israel ambassador to Germany. “We have been observing for a considerable time that the Egyptian army is arming itself – but against which enemy? Libya and Sudan are certainly no threat.”

The relationship between Germany and Israel has deteriorated dramatically recently, wrote Israel’s biggest newspaper Jedioth Achronot this weekend. The sale of submarines to Egypt as announced last week by the head of Egypt’s navy, was just part of a process that had been going on for years, the paper’s Berlin correspondent Eldad Beck wrote.

“It begs the question what the government actually means when it talks of its special responsibility for Israel’s security. It seems to be empty,” he said.

Head of the parliamentary foreign affairs committee, Ruprecht Polenz, of Chancellor Merkel’s Christian Democratic Party, has called for information from the government about the deal.

“We are talking here about a sensitive region, and the strategic security of Israel is in Germany’s particular interest. Thus I would like to know how such a deal fits in with that,” he told the FTD.

He said he could imagine there was good reason for it, but that the government had to explain how it did not affect Israel’s security.

Government sources told the paper the Israelis had been consulted before the contract was signed with Egypt.

“We would never do anything which would endanger Israel’s security,” the source told the paper. It was also told that Israel has itself long had German Dolphin class submarines. And not only had the Israelis received significant financial subsidies for the six which it bought, they were far more advanced than the 209 class subs which Egypt wanted.

The Financial Times Deutschland said the government aimed to tie the Egyptian government into western alliances with the deal, saying that the new Egyptian leadership had so far maintained a “sensible” distance to Iran.

The Kieler Nachrichten newspaper reported that the two German submarines which are being built in the city’s HDW shipyard, would be delivered in 2016.