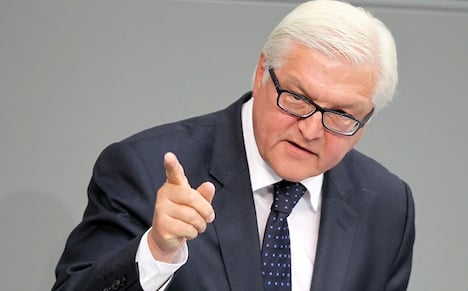 Frank-Walter Steinmeier, of the centre-left Social Democratic Party (SPD), told Die Welt newspaper that it was a bad sign that Obama has not visited Berlin in his first term in office.

Visiting Prague, Paris and London, but not Berlin was “not just to do with the American president,” Steinmeier said in an interview published on Sunday. He hinted that the snub was a reflection of ailing relations between the two countries.

“Years ago, it would have been unthinkable for an American president not to find the opportunity to visit his close ally Germany during his first term in office,” he said.

He added that he was in favour of Obama’s re-election this autumn, and feared that the US would “withdraw into its American shell” under a Republican presidency, and will engage less with the rest of the world.

Obama’s Republican challenger Mitt Romney “is no hope for us,” said Steinmeier, who served as foreign minister in Germany’s grand coalition government from 2005 to 2009.

Obama was thus the “better alternative,” he told Die Welt.

Steinmeier also called on the German government to pursue a permanent seat on the United Nations Security Council more aggressively, which he said had been a goal of the SPD Green coalition under former Chancellor Gerhard Schröder.

“We are finding ourselves in competition with other countries’ ambitions,” he told the paper. “Unfortunately, the federal government is not doing much to pursue this goal.”