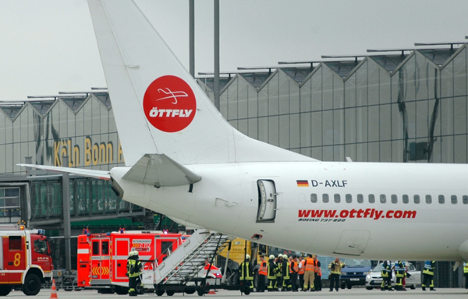 The 186-person Öger Türk Airways plane had set off from Hannover and was making a brief stopover at Cologne-Bonn airport before heading to Turkey when smoke filled the aircraft.

The plane was quickly evacuated, and while most escaped unharmed, four sustained serious injuries from the smoke and seven others were “moderately injured,” a spokesman for the Cologne fire service told the Kölner Stadt Anzeiger paper.

He added that 40 fire engines were present at the scene, along with three emergency medics.

It is not known what caused the smoke and an investigation has been started.

The airline is now organising a replacement vehicle, which should be available for the passengers later in the evening, the paper said.