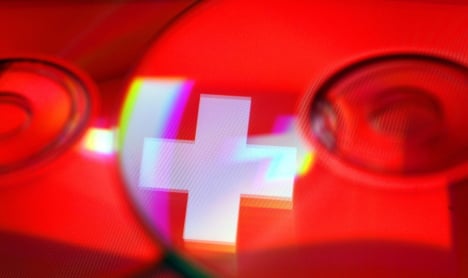 The minister supported the idea from a Free Democratic Party colleague from the state of Hesse for a law to outlaw the use stolen tax data being bought and used officials.

“The purchase takes us into a very problematic grey area, not only ethically and morally, but also legally,” Leutheusser-Schnarrenberger said.

“I support my Hesse colleague Jörg Uwe Hahn who wants to bring in a new law against the handling of stolen data,” she said. Hahn has said he would like to see authorities brought to book for receiving and using the information.

“Someone who copies data onto a blank CD unbeknown to his employer is indisputably guilty of theft,” said Leutheusser-Schnarrenberger.

Leutheusser-Schnarrenberger said there was no alternative to a tax agreement being negotiated between Germany and Switzerland. Under the terms of the deal, Germans who had evaded tax by putting money into banks in the Alpine country would – instead of being prosecuted – have only to pay moderate retroactive taxes.

She also hit out at state governments partly led by the Social Democratic Party (SPD) for putting the brakes on any such deal. “With the agreement we wanted to create a legal basis on which to fight tax evasion,” Leutheusser-Schnarrenberger said.

However, SPD-led states did not appear easily to convince on the issue. Schleswig Holstein State Premier Torsten Albig said he believed such purchases were entirely legitimate.

“I am in favour of buying all the CDs we can that can get hold of, and using them,” said Albig. “It would bring in a lot of money for the treasury.”

Earlier this week, a Swiss banker suspected of selling to the German authorities was arrested in Zurich, and fired from his job at the bank Julius Bär.

The finance ministry in the western German state of North-Rhine Westphalia (NRW) has bought a number of discs including details of German citizens who place money in Swiss banks to avoid paying tax.