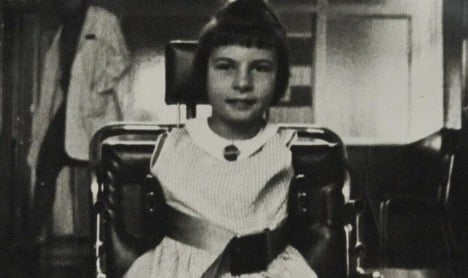 Some of those affected rejected the apology on Saturday, saying it was an “insulting” response to the thousands born disabled as a result of its use.

Grünenthal said on Friday it was “very sorry” for its silence towards victims of the drug, which was sold to pregnant women in the 1950s and early 1960s to cure morning sickness.

But victims said the apology was too little, too late.

“We feel that a sincere and genuine apology is one which actually admits wrongdoing. The company has not done that and has really insulted the Thalidomiders,” British victim Nick Dobrik told BBC radio.

Globally, some 10,000 children were born with defects – characteristically dramatically shortened limbs – after their mothers took thalidomide, which was sold under the name Contergan in Germany.

The drug, intended as a “wonder cure” for morning sickness, was sold in nearly 50 countries before it was taken off the market in 1961.

Grünenthal’s chief executive Harald Stock said his firm was “very sorry” for the company’s silence on the issue so far.

“We ask that you regard our long silence as a sign of the shock that your fate has caused us,” he said in the speech. “We also apologize for the fact that we have not found the way to you from human being to human being,” Stock said.

“Instead, we have been silent and we are very sorry for that.”

“We ask that you regard our long silence as a sign of the shock that your fate caused in us.”

However, the apology was dismissed by the charity Thalidomide Agency UK, which represents people affected by the drug in Britain.

“If they are serious about admitting they are at fault and regret what happened they need to start helping those of us who were affected financially,” said Freddie Astbury, the charity’s head consultant.

In a statement, lawyers for Australian survivor Lynette Rowe said: “The apology issued by Grünenthal to thalidomide survivors is pathetic – it is too little, too late and riddled with further deceit.”

Rowe’s lawyers called for the firm to release its private records to the public. She is leading a legal case against Grünenthal, saying the firm misled and failed to inform distributors about the extent of problems is knew about, and that it deliberately withheld information from the US Food and Drug Authority.

There are between 5,000 and 6,000 sufferers still alive. As they and their parents or other carers age, many argue that financial settlements and support agreements with health care systems are becoming out of date.