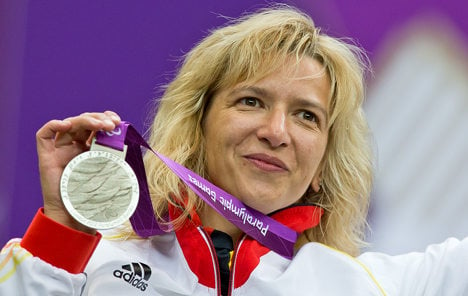 Schmermund, 40, quashed almost all the opposition in the 10 metre shooting category, coming in second behind Chinese champion Zhang Cuiping, who holds the category world record. In third place was Australian Nathalie Smith.

“I was as nervous as if it had been the first time,” said Schmermund after winning. A native of Hessen, central Germany, Schmermund is a paraplegic. She is a member of the Mengshausen shooting club.

An experienced air rifle shooter, Schmermund is no stranger to Paralympic victories – winning both gold and silver medals in past competitions. For this win, she not only took home a medal but also €5,000.

If it had been a gold medal, Schmermund would have taken home €7,500 – just half of the €15,000 gold medallists in the traditional Olympics receive.

“We have neither the basis of mass sports participation from which high-performance sports arises, nor do we have a comparable competitive situation,” he told Die Welt daily.

He added that “we do not yet belong up where the athletes of the Olympic Games are.” The 29-year-old had his lower leg amputated as a child after developing bone cancer.

“The pressure is just as intense and we have gained the same respect as Olympic athletes, but not the same status,” he told the paper.

The win puts the German team in seventh place. It finished in eleventh place in the Beijing Paralympics, and Schmermund hopes that London will be an equally successful, if not better, performance.

Germany sent over 152 athletes this year, 88 male and 64 female. Around 4,200 people from 164 countries are competing in the games, which officially started on Wednesday and will run until September 9th.