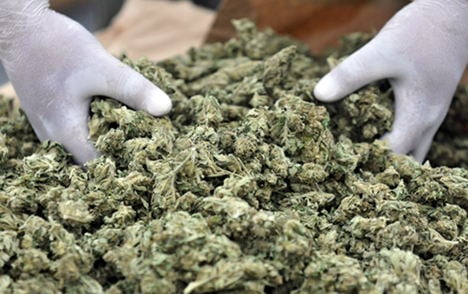 The Düsseldorf judge who jailed the 76-year-old for two-and-half years on Thursday rejected the image of her as a sick old lady, saying she was robust, and should go to prison.

The woman confessed to having a regular run, collecting cannabis in the Dutch border town of Venlo, near North Rhine-Westphalia, and dropping it with dealers in Düsseldorf and Dortmund.

She delivered around 1,000 kilos over five years in a drug smuggling career which she said started accidentally in 2006. Her car had broken down near Venlo and two men stopped and helped her get up and running – before asking whether she would take some washing powder containers over into Germany.

Initially the men reimbursed her for fuel, but once the drug runs had become regular, they paid her up to €700 per trip.

She said she usually took between two and three kilos of cannabis which had been hidden in boxes and gym bags, Der Spiegel magazine reported on Friday.

“My client was acting under no criminal impetus,” the woman’s lawyer told the judge.

Not only had members of the drugs ring put so much pressure on her to carry on making the journeys, meaning she found it almost impossible to break free, but the driving kept her mobile in old age, the lawyer argued.

The judge dismissed this argument, saying the woman was “a really robust pensioner,” who suffered from manageable conditions.

Due to the fact that she was knowingly smuggling drugs, the idea of giving her a suspended sentence to spare her prison would give “completely the wrong signal,” she said.