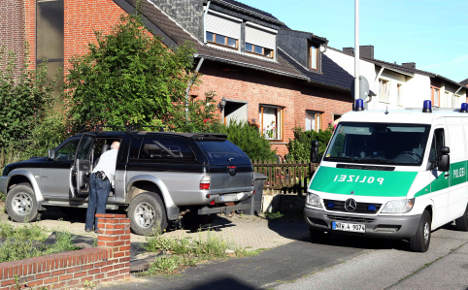 The three groups were considered the most dangerous in the state, the Tagesspiegel newspaper reported on Thursday. They were all regarded as violent, with the Aachen group considered nasty enough to border on terrorism.

Two members of this last group were stopped on their way to Berlin two years ago – and found with home-made bombs containing pieces of glass which they allegedly planned to throw at left-wingers and police.

They also strongly identified with the neo-Nazi terrorist group that called itself the National Socialist Underground, which is thought to have been responsible for nine racially motivated murders as well as the killing of a policewoman.

“With this we are tearing a big hole in the network of neo-Nazis,” said Jäger.

Around 100 addresses were searched in Dortmund, Hamm and in the Unna area, as well as nearly 50 flats in Aachen, Düren and Heinsberg.

The groups’ funds were confiscated and wearing the badges or symbols of the groups is illegal from now on.

Far-right violence has long been pigeon-holed as an eastern German problem, but this move in the heart of western Germany will reopen questions about how widespread Nazism is across the country.