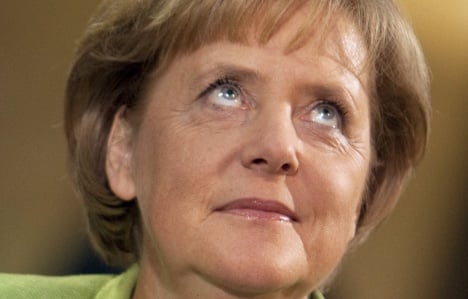 The magazine called the 58-year-old leader of Germany’s Christian Democratic Union the “‘Iron Lady’ of Europe and the lead player in the eurozone economic drama that continues to threaten global markets.”

Forbes cited her use of the internet, environmental credentials and high public approval ratings ahead of next year’s general election in their profile of the German leader.

“Merkel also called on international leaders to renew the Kyoto agreement, a commitment to reduce greenhouse gases that she helped ratify as Germany’s environmental minister in the 1990s,” said the magazine. “Merkel is embracing the internet, and last fall launched a YouTube channel, Die Bundesregierung, where she directly answers citizens’ questions.”

Merkel also headed the list last year, as she did from 2006 to 2009. US Secretary of State Hillary Clinton was in second place, and Brazilian President Dilma Rousseff was in third – as they were in 2011.

Merkel missed out on the top spot to US First Lady Michelle Obama in 2010.

“So many of these women are in policy or political roles, and their influence … is only growing so it’s not surprising that someone like Merkel or Clinton would continue to be present on the list year to year,” the magazine wrote.

The annual list is intended to reflect the influence of women in political, economic, technical and social areas throughout the world.