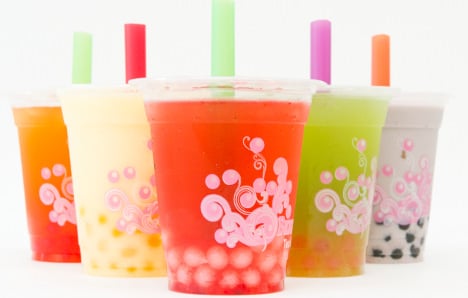 “In all the samples we discovered the presence of PCB-like substances, which strongly increase the risk of cancer,” Manfred Möller, of the Institute of Hygiene and Environmental Medicine at the University Hospital Aachen (UKA), told the Rheinische Post newspaper.

They took samples from a bubble tea shop from an unnamed nationwide franchise chain in Mönchengladbach. The very sweet drink which has taken off across the country, and has “pearls” of tapioca as bubbles, has also come under fire for being very fattening.

PCBs, or polychlorinated biphenyls, form a group of chemicals that are often classified as an organic pollutant. “[What we found] includes in particular styrene, acetophenone, and brominated substances that shouldn’t be in food at all,” said Möller, who has been testing food samples at the institute for several years.

Acetophenone is considered an unwanted by-product of several manufacturing processes and is suspected of causing allergies.

In short, the “bubbles” in bubble tea contain “all sorts of crap,” said Möller.

A spokesman for the franchise would not comment on the report, but said, “We get the balls from Taiwan. There is a mass producer there who supplies them to many bubble tea shops in Germany.”

The institute, which carried out the study along with Mönchengladbach firm Leco Instrumente, has yet to release details of the concentration of the toxic substances it found.

In addition, the Federal Institute for Risk Assessment (BfR) has called for bubble tea to come with warnings, because it says young children could choke on the gelatinous lumps.