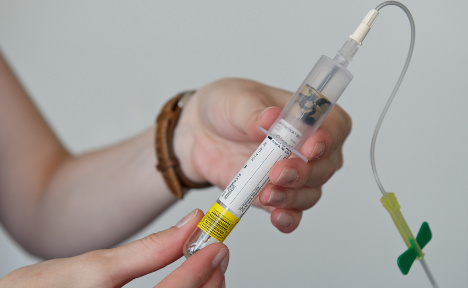 The product, marketed as PrenaTest and manufactured by German life sciences company LifeCodexx, “is targeted exclusively toward women in their 12th week of pregnancy and beyond who are at an increased risk” of delivering a child with Down’s syndrome, the company said in a statement.

The test, which involves screening pregnant women’s blood samples for the presence of foetal Down’s syndrome – also known as trisomy 21 – had recently come under fire from rights groups concerned about abortions.

In June, the international federation of Down’s syndrome organisations objected to such testing at the European Court of Human Rights.

The federation, grouping 30 associations in 16 countries, said the Strasbourg court should “recognise the human condition and protect the right to life of people with Down’s syndrome and those handicapped.”

But last month, Switzerland gave the test the green light with a decision by Swissmedic, the national agency for therapeutic products.

Germany’s ombudsman for the disabled, Hubert Huppe, for his part called the test “illegal,” fearing a “selection of man by Down’s Syndrome,” but it did not stop the test from going to market.

Down’s syndrome is caused by having an extra copy of chromosome 21 and the risk increases as a woman gets older.

LifeCodexx described their procedure as a “risk-free alternative to common invasive examination methods such as amniocentesis.”

Invasive procedures currently used for prenatal diagnosis – in the 16th

week of pregnancy – pose a one percent risk of foetal loss. The diagnosis is therefore only made available to high risk women, which fails to catch all cases.

Besides Germany and Switzerland, the test is also now available in Austria and Liechtenstein.