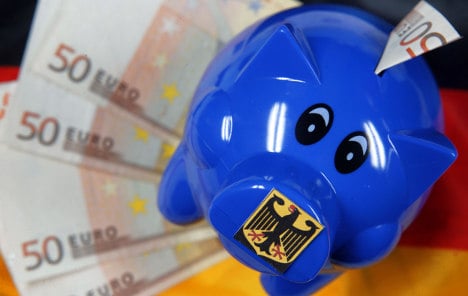 Federal and state authorities received €43.1 billion in July, the Finance Ministry’s monthly tax revenue report said. This was 8.6 percent more than last July, and the upward trend is expected to continue throughout the year.

The tax bump is being put down to rising employment and increased income.

But tax income is not necessarily a reliable sign of economic health, since it often lags behind other indicators. Germany’s economic growth slowed down in the second quarter of the year, which is likely to affect state finances next year, the government said.

“The whole picture painted by economic indicators suggests that the German economy could slow down during the rest of the year,” a Finance Ministry statement said.

Exports, in particular would probably be affected by the recession in other eurozone countries, the statement added.

But there are more positive signs coming from consumption figures. “On the back of increasing employment and wages, which are reflected in the dynamic development of income tax revenue, it seems that the preconditions are there for a continuation of positive consumption development,” the statement said.

But despite increasing riches, the German government is apparently planning to remain frugal next year. TheBild newspaper said on Monday that the government’s 2013 budget was likely to spend €302.2 billion – €10.5 billion less than the current year.

The newspaper also said that Finance Minister Wolfgang Schäuble was set to borrow €18.8 billion in the new year – €13.3 billion less than in 2012.

Next year’s budget is not expected to be released until November.