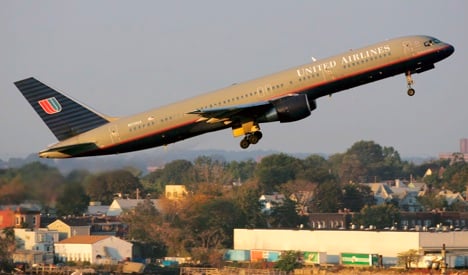 It was shortly after take-off late on Saturday that the 173 passengers aboard United Airlines flight from Newark, New Jersey, were alerted to a problem.

According to CNN, witnesses said the fire broke out as the plane was taking off. The broadcaster reported that it was caused when a tyre exploded and flew into the engine.

Witness Dennis Ostolaza told the television network he heard a “propeller sound” like a military helicopter as the plane lifted off, with “black smoke and fire.

Kathleen Bergen, spokeswoman for the Federal Aviation Administration, said she was unable to confirm the network’s initial reports.

She told the AFP news agency that the crew had reported an issue with the aircraft’s left engine. She said it wasn’t long before the engine began to operate normally again, but “as a precaution, the flight returned to Newark.”

The Boeing 757 plane landed safely back at Newark Liberty International Airport at midnight GMT on Sunday – just two hours after take off.