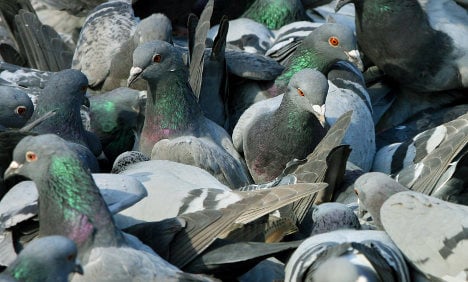 The falconer from Hessen had been luring pigeons into a special cage of his own design, knocking them unconscious, decapitating them and feeding them to his raptors, wrote Der Spiegel magazine on Thursday.

He had been working as a kind of pigeon killer for hire and was once called out to tackle an infestation of birds at an Opel plant, wrote the magazine.

Learning of this, the Limburg-Weilburg district administration intervened, limiting the falconer to catching the birds between August and February – and said he had to take them elsewhere and release them rather than killing them.

Yet in a legal battle now in its third year, the falconer protested his right to kill pigeons usually classified as vermin.

And the Wiesbaden administrative court ruled on Thursday that the Limburg-Weilburg authorities had imposed illegal restrictions on the falconer.

The ruling confirmed that the man was allowed to catch and kill the pigeons, as long as they were considered vermin – which the court said was true of most but not all of them.