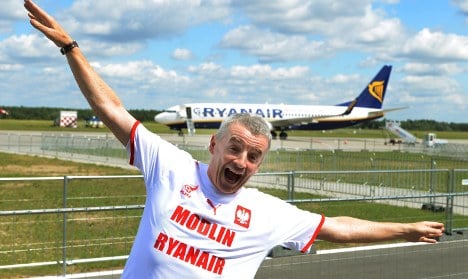 “If an airline has to do emergency landings three times on one day due to a lack of fuel, something’s wrong with the system,” spokesman for the pilots’ union Vereinigung Cockpit, Jörg Handwerg, told Financial Times Deutschland on Thursday.

The three Ryanair airplanes were forced to land in Valencia rather than Madrid because their tanks were almost empty, he said.

And the more fuel an aircraft is carrying, the heavier that aircraft is, thereby pushing up consumption, he argued.

Nevertheless, it should be left up to a pilot how much fuel they take on board, because it is ultimately the pilot who is responsible for the safety of a flight, said Handwerg.

Ryanair was exerting heavy pressure on pilots whose jets showed the highest fuel consumption, he complained. “This infringes on the pilots’ rights,” Handwerg said.

The Irish airline, which stands accused by consumer organisations of having put passengers in danger, said this was not the case. It said both planes landed with enough fuel for another 30 minutes’ flight time, or 300 flight miles – in accordance with Boeing security rules and those of the EASA European aviation security authority.

The Spanish transport ministry said earlier this week it was investigating a complaint by airport operator AENA against Ryanair.

Airline spokesman Stephen McNamara said Ryanair supported the investigation and was ready to cooperate with the authorities.