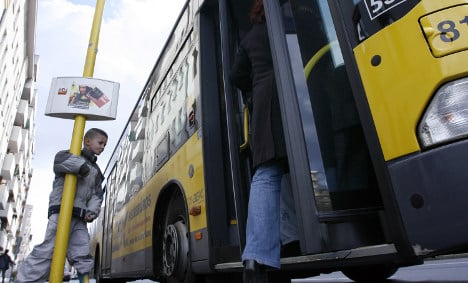 The unsuspecting passengers got on one of the city’s yellow buses in the southern district of Schöneberg on Wednesday evening.

But boredom turned to terror as their driver raced through the city, forcing a cyclist off the road and running two red lights.

One passenger called the police from inside the bus, alerting them to the dangerous driving they were inadvertently party to.

The Berliner Zeitung newspaper reported on Thursday that police reached the driver over the radio and persuaded him to stop.

He was given a drink and drugs test – and the latter showed he had taken cocaine before showing up to work.

The paper said he immediately lost his license and could face charges of endangering the traffic.