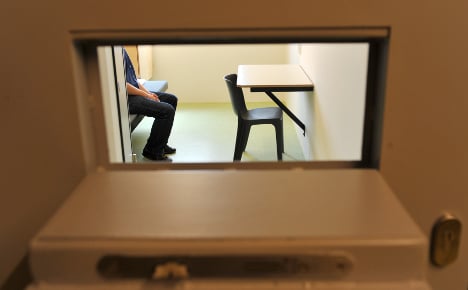 Christian Pfeiffer co-authored a study which asked more than 6,000 prisoners across northern Germany to tell them anonymously about their experiences behind bars.

“They will be our neighbours again one day. We have to understand that making prison safer for them will make them less likely to be dangerous themselves,” he told The Local.

About a quarter of adult prisoners said they had been attacked in the four weeks before answering the questionnaire sent by Pfeiffer and his colleague at the Lower Saxony Criminology Research Institute, Steffen Bieneck.

Half also said they were victims of bullying, blackmail and other horrible acts such as having rubbish or excrement thrown at them, or rumours and lies being circulated about them.

Of the nearly 5,000 men in the group, 25.7 percent, said they had been attacked during the previous four weeks.

Of the 461 women who filled in the questionnaire, 25.6 percent said they had been attacked during the previous month.

And of the nearly 1,000 adolescents, 49 percent said they had been attacked during that period.

Pfeiffer said much of the information he gathered fitted the kind of image of prisons created in films – of prisoners who have been attacked not seeking help from the wardens, but rather looking for protection from more powerful prisoners.

Yet steps could certainly be taken to offer more protection to those in prison. “It is absurd that, for example, a third of prisoners told us that they did not feel safe in the exercise yard, a place where they were supposed to be monitored by guards, where it would be easy to install cameras,” he said.

There are some prisons which have been effective in reducing violence, said Pfeiffer. These are generally of modern construction, with fewer dark or unwatched areas where attacks can take place.

He also said that a policy of offering everyone good opportunities for exercise and activities also seemed to be an important factor in creating a humane and respectful environment.

Some prisons have the policy that opportunities have to be earned by good behaviour, but Pfeiffer said it was more effective to have them on offer – and remove them as punishment when necessary.

He said he was happy that five state interior ministries had enabled the study to send the anonymous questionnaires to the prisoners, and praised them for that. “But now they have to live with the results,” he said.

Prisons need to be modernised and conditions improved for prisoners if they are not to be even more damaged, dangerous people by the time they are released back into society, he said.