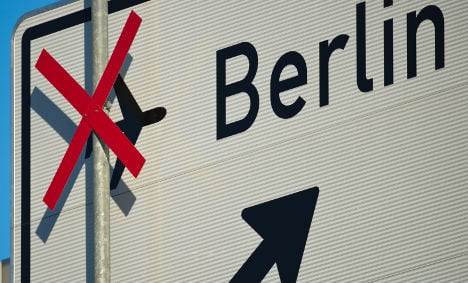 Although the new date is expected to be sometime towards the end of 2013 – after the summer holidays – this could also turn out to be optimistic.

“As far as I know, we’ve cancelled the date of March 17,” Anton Hofreiter, president of the transport committee in the Bundestag, the lower house of the German parliament, told ARD public television.

“The airport supervisory committee will discuss Thursday how we move forward and whether we can name another date,” he told the Tagesspiegel newspaper, which said the airport would not open before the second half of 2013.

The project’s chief operating officer Horst Annan has only just brought his trusted experts onto the job, the paper said, and the new team is likely to need several weeks to get the huge project under control.

It is hoped that he will be able to give the supervisory board an opening date at the next meeting on September 14.

Amid the speculation, the corporation in charge of the delay-stricken airport insisted there were “no new developments.”

“The opening date we expect is still March 17, 2013,” the firm said in a statement issued on Tuesday.

Yet, as the Süddeutsche Zeitung wrote on Wednesday, Berlin Mayor Klaus Wowereit put the March 2013 date in doubt a couple of weeks ago when he admitted that Thursday’s meeting might not be able to plump for a fixed date.

“It is clear that a high level of dependability must be there,” he said at the time. “It can never again get to the situation where four weeks before the opening one has to say it is not going to work again. That would be fatal.”

Transport Minister Peter Ramsauer has also laid the ground for a further delay – anything rather than another embarrassing retreat from a solid date.

“If it is not absolutely certain that everything is ready, and a smooth start can be undertaken, then one should carefully reconsider this date,” he said.

Airlines, in particular Lufthansa, have been pushing for a guaranteed date for the end of construction, so they can plan tests of the airport facilities before it starts operation.

A further cash injection from state coffers would need the approval of the European Union – but without it the entire project could go bust.

Meanwhile scathing jokes on the matter have been making the rounds on Twitter and social networks – including the suggestion that it “might be easier to move Berlin near a functioning international airport.”