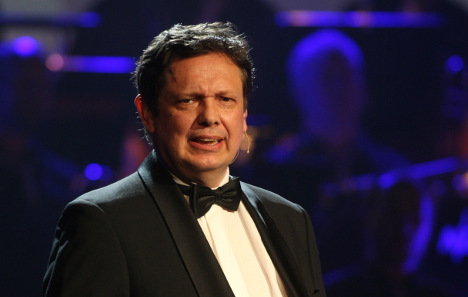 The new Swedish crime thriller “The Storm” by Per Johansson seems to have thrown up at least as many intrigues, malicious plots, and mysteries as it contains.

One of them is that Johansson apparently does not exist at all, even though the book’s dust jacket carries an author photo and biography which says he lives in Berlin and runs a web design company.

Nor can anyone find any trace of the novel’s supposed translator Alexandra Grafenstein, or indeed of the original Swedish book “Stormen” which has not (yet) been published in its home country.

The book centres around the brutal murder and dismemberment of an evil German media mogul, in a fashionably bleak Scandinavian setting.

Now Die Welt newspaper has collected a number of similarities between the fictional mogul and Frank Schirrmacher, author, journalist, and powerful co-publisher of the Frankfurter Allgemeine Zeitung newspaper.

The character in “The Storm” is described as “the head of a newspaper read in the whole of Germany,” and a “journalistic genius” who had published “world-encompassing fantasies about the power of the internet, the future of robots and the dominance of gene technology.”

Schirrmacher has published a number of much-discussed books about the future of society, notably “The Methuselah Conspiracy” in 2004.

On top of this, Die Welt‘s report has found a number of clues that the author Johansson is in fact Thomas Steinfeld, culture editor of the FAZ’s rival Süddeutsche Zeitung – and former employee of Schirrmacher.

Steinfeld owns a home in Sweden and is an authority on Swedish crime thrillers – in 2002 he published a book on the settings of Henning Mankell’s Wallander series in Scania, the Swedish province where “The Storm” is also set. Steinfeld also happens to be a huge Bob Dylan fan, just like Ronny, the reporter-hero of “The Storm.”

Perhaps most intriguing, Steinfeld was literary editor at the FAZ in the 1990s and left along with a host of other culture editors in 2001 – out of frustration with Schirrmacher’s iron rule, Die Welt said.

Neither Schirrmacher or Steinfeld have said anything publicly about the book, and “Per Johansson” has not granted any interviews, though the publisher S. Fischer admitted under pressure that he was a pseudonym for an “author-duo.”