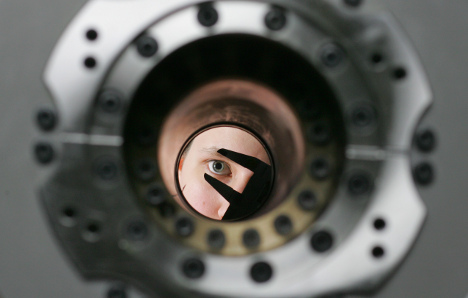 “In a difficult European environment, the German economy is continuing to show itself to be fairly robust,” the ministry said in its latest monthly report.

Gross domestic product (GDP) “is expected to have expanded moderately again in the second quarter, as suggested by the available indicators for private consumption and external trade,” it said.

“Nevertheless, following the strong growth seen in the first quarter, the momentum will have slowed noticeably given the weaker international trend. The debt crisis in a number of euro area countries is continuing to weigh, fuelling uncertainty,” the report continued.

“The further outlook for the German economy will remain cautious for the time being and is burdened by substantial risks.”

While many of Germany’s eurozone partners are in recession, the bloc’s economic powerhouse notched up growth of 0.5 percent in the first three months of this year.

But with much of Europe in the doldrums, German exports, too, are beginning to falter and some analysts believe the economy as a whole could have ground to a halt in the second quarter.

Official second-quarter GDP figures are scheduled to be published next week.

Exports, which grew 4.1 percent in May, fell 1.5 percent in June, hit by falling shipments to the other 16 countries of the eurozone, according to the latest data compiled by the national statistics office Destatis.

Imports – a barometer of domestic demand – were down, too, falling by 2.9 percent.

The slump in demand is hitting industry and the manufacturing sector, the backbone of the German economy, separate data published by the economy ministry showed.

Factory orders fell by a bigger-than-expected 1.7 percent in June, more than wiping out the modest increase seen the previous month, while industrial output declined 0.9 percent.

New car registrations – a key gauge of demand in one of the most important industrial sectors – fell sharply last month, retail sales are also in decline and unemployment is on the rise again, which could hurt consumer spending.

Last month, business confidence dropped for the third month in a row and investor confidence hit a six-month low.