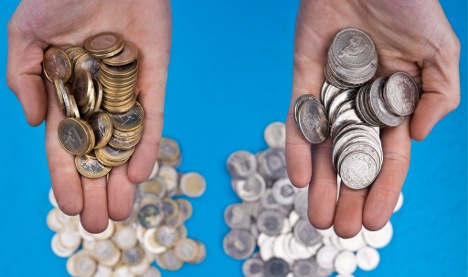 Switzerland is trying to prevent the appreciation of the Swiss franc amid the euro crisis, to protect its own export business.

To that end, the Swiss central bank recently increased the country’s reserve by 11 percent to 406.5 billion francs, despite inflation fears.

New figures suggest that much of this new money is flowing into German debts, the German edition of the Wall Street Journal reported on Wednesday.

“A majority of the July increase in the reserve is connected with the purchase of foreign currency to protect the lower limit of the euro-franc exchange rate,” said SNB spokesman Walter Meier.

Last September, the SNB introduced a limit of 1.20 francs to the euro, after the two currencies were threatening to gain parity.

The SNB is now keeping 60 percent of its currency reserves in euros, with the lion’s share of 85 percent invested in government bonds. This move is good news for the German government as it tries to shore up its own finances in the face of the ongoing euro crisis.