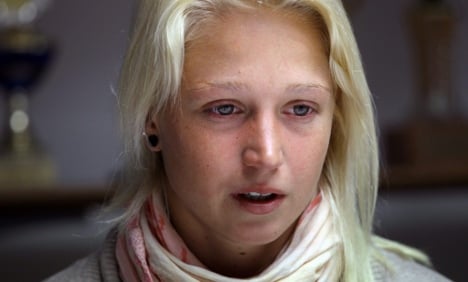 In an interview with news agency DPA, Drygalla distanced herself from far-right ideologies, and said that the last few days had been “rather stressful and rather surprising.”

The 23-year-old said that she had been summoned to a meeting with German Olympic federation director Michael Vesper on Thursday, who asked her about her relationship with neo-Nazi Michael Fischer. “During the conversation and advice, I made the suggestion that I leave the Olympic village,” she said. “It was my decision.

“I just wanted to take the burden off the team, who were still in the competition and had to concentrate on it,” she said.”

Fischer ran as NPD candidate for the Mecklenburg Western-Pomerania state parliament in 2011, but the party confirmed on Monday that he had left the party in May this year.

For that reason, Drygalla said she was very surprised by the media reaction. “I considered the issue over for me personally before the Olympic Games,” she said.

She also added that Fischer’s political views had always been a burden on their five-year relationship. “In many discussions with him I said that I didn’t share his opinions and don’t support them,” she said. “When it reached its climax, we did not have a happy relationship. I thought about breaking up.”

“I have no connection to his circle of friends and that scene and absolutely reject it,” she said. Adding that she had never been to any neo-Nazi demonstrations, though Fischer had used her car to drive to some.

Since she left London, it emerged that Drygalla was briefly investigated by the secret service and German media reports say they these were given up upon finding no evidence of her involvement with the far-right.

Drygalla also said that it was her decision to step down from the police force last year, after officers questioned whether she could remain loyal to the force. “I came to the conclusion myself that there were conflicts, so I stepped down voluntarily,” she said. “It was very difficult to leave, because I was giving up some future security.”

The Süddeutsche Zeitung cast doubt on Fischer’s claims that he was stepping out of the far-right scene, saying he still had many neo-Nazi friends listed on Facebook.

The paper also found that he had disrupted a memorial service for a victim of a far-right terrorist in Rostock in February.

The Drygalla case has sparked a national debate in Germany, with Defence Minister Thomas de Maizière criticising the public reaction. “Where are the limits?” he said Monday. “Does the public have the right to screen athletes’ circles of friends to see what’s going on?”