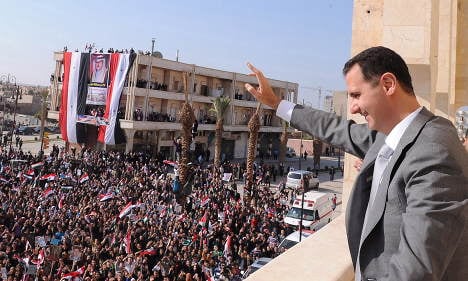 “The reports show how far the erosion process of the Assad regime has progressed,” Foreign Minister Guido Westerwelle said in a statement.

“The events also show how necessary an immediate end to the violence and the establishment of an interim government without Assad are.”

A monitoring group, the Syrian Observatory for Human Rights, said Hijab defected to the opposition, as Syrian state media announced the premier’s abrupt dismissal just two months after his appointment.

Hijab said he had defected in protest at the “genocide” Assad is carrying out against his own people.

“I announce my defection today [Monday] from the regime of killing and terror, and I join the ranks of the revolt,” he said in a statement read by his spokesman Mohammed al-Otri on Al-Jazeera news channel from Amman.

Hijab’s defection is the highest-ranking of the 17-month uprising, and a new blow to Assad, who has already seen 31 of his generals cross the border into Turkey to join the rebellion and a growing number of his ambassadors break ranks.