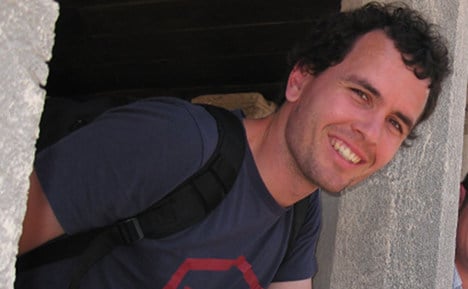 Chinese police took Nils Jennrich into custody on March 29 and formally detained him on May 7 for allegedly under-reporting the value of imported art to dodge 10 million yuan ($1.5 million) in taxes.

A Chinese colleague was also detained at the time.

“The foreign ministry can confirm that the German citizen in question has been released on bail. The investigation continues,” said a ministry spokeswoman.

“The German embassy in Beijing provided consular assistance and will continue to follow the case closely.”

Chinese investigators have until December to present charges to prosecutors who will then have three months to determine whether to pursue the case.

Jennrich had initially been denied bail.

A document from customs police said Jennrich was “accused of violating various anti-smuggling provisions of the laws and regulations”, his lawyer Nancy Murphy said last month.

The sentence for evading more than 500,000 yuan in duties ranges from 10 years to life, though courts may issue a lighter punishment.

The German government has slammed Chinese handling of the case, with Justice Minister Sabine Leutheusser-Schnarrenberger calling Jennrich’s detention conditions “unacceptable” and “not in accordance with international minimum standards.”

She called in an newspaper interview last month for Jennrich to be released on bail or “at least held under house arrest.”