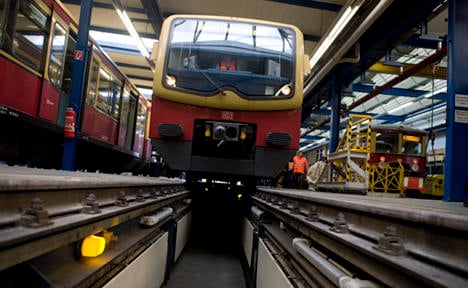 The 19-year-old was saying goodbye to friends at a suburban train station on Tuesday evening when he tried to jump onto the train at the last minute. But he only managed to get his arm in – and it was trapped by the closing doors.

The train set off, dragging him along the platform until he hit a barrier and was thrown onto the tracks. Witnesses stayed with him until the emergency services arrived the Tagesspiegel newspaper reported on Friday.

He was taken to hospital with severe injuries to his head, legs and arms. Doctors took him to the intensive care until where he was put in an artificial coma. It was confirmed on Friday that surgeons had amputated the lower part of one of his legs.

The doors on an S-Bahn are not supposed to shut if there is an obstruction, and the train should not move if the doors are open. But although this was plainly not the case here, the S-Bahn operators said on Friday there was no technical defect, and that the train was being used again, the paper said.

Burkhard Ahlert, spokesman at Deutsche Bahn – the company which operates the S-Bahn network – said that there were a number of different procedures for controlling the doors, depending on the size of a station.

For un-staffed stations like the one where the accident happened, there is supposedly a mechanism which stops an obstructed door from closing, he said.

There are also, according to the Berliner Zeitung no video cameras at the station which could make it more difficult to find out what happened.