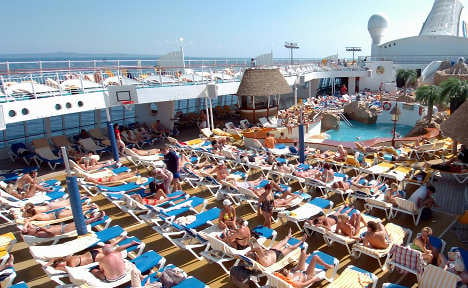 After decades of other people moaning, German-owned AIDA cruise ships have eagle-eyed wardens patrolling the decks. They put stickers on any towel that has been left to block a sun bed, local paper the Express reported on Wednesday.

Any towels still left without their owners 30 minutes later are removed. While the wardens do not leave parking tickets, a returning lounger hoarder will find a stern note telling them what has happened.

The system has been so successful in curbing part-time sunbathers who leave a towel on a lounger all day to stop others from using it, that it is being tried out on a cruise ship run by American holiday firm Carnival Cruises.

If it works, all cruise passengers travelling with the company will be introduced to the strict sun bathing etiquette, although they will have a slightly longer, 40-minute, grace period.

AIDA spokeswoman Kathrin Heitmann told the Express that so far they had received mostly positive feedback about the “beach towel wardens”.