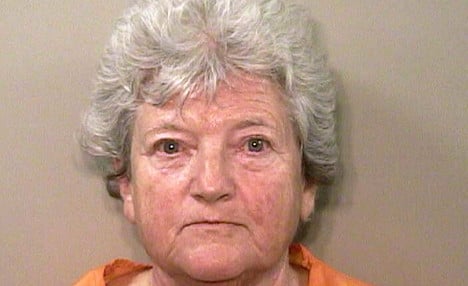 Marianne Bordt is accused of drowning her five-year-old American-born grandson Camden Hiers, in a bathtub while he was on holiday with her in Florida in 2010.

She was said to be distraught at the fact that his parents were divorced. Bordt then tried to kill herself but failed and was found by her husband.

The start of her trial was delayed when the prosecution asked for more time to prepare a rebuttal against the last-minute defence witness – a German-born psychoneurologist, local paper the Apalach Times reported last week.

Manfred Grieffenstein had carried out a series of tests on the 72-year-old and was expected to tell the Florida judge that she has mental problems which date back to an injury she suffered during World War II, the paper said.

He is expected to argue that Bordt suffered a head injury in a bombing raid by Russian forces on her hometown of Breslau on October 7, 1944. This, combined with symptoms of depression and paranoia contributed to the crime, he will argue, the paper said.

But the prosecution say they need time to find an expert in dementia and memory loss who could contradict Grieffenstein’s argument, so the judge opted to postpone Monday’s trial until both parties were ready.

The defence are pleading insanity and think she should be detained in a Florida mental hospital for the rest of her life. Prosecutors have called for the death penalty.

Judge Angela Dempsey has, according to the Apalach Times, encouraged the two sides to sit down and reach a deal outside of court. Continuing the trial would mean flying in German-speaking witnesses and end up very expensive, she said.

Bordt, from village of Nufringen, near Stuttgart, is being held at the Florida State Hospital in Chattahoochee. She speaks no English, and has had extensive counselling to help her cope with the stress of the trial.