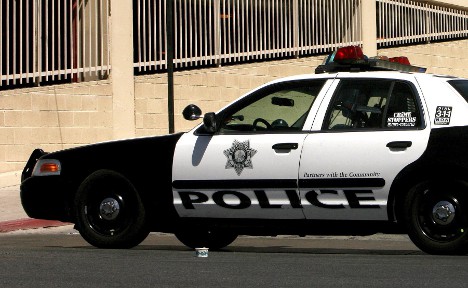 Ulrich Felix Anton Engler, 51, was arrested late Wednesday by US immigration authorities and police in the gambling capital and is being held for violating US immigration law, pending deportation back to Germany to face trial.

Engler, who has been living under an alias, first came to the attention of US authorities when police caught him drunk driving back in February 2011 and took his fingerprints, wrote the Süddeutsche Zeitung on Saturday. His true identity has only just been confirmed.

“Mr Engler’s capture after five years on the run is a welcome day and an important step in addressing a fraud in excess of $100 million,” said John Morton, the director of the Immigration and Customs Enforcement agency ICE.

“I hope Mr Engler’s victims in this case feel a measure of relief that Mr Engler’s fraud and long run are over and that he will soon face justice in Germany for his alleged crimes,” he added.

Engler is wanted in Germany on multiple criminal charges stemming from a pyramid scheme fraud. He allegedly conned more than 3500 investors from Austria, Germany and Switzerland between June 2003 and December 2004 through a financial firm based in Cape Coral, Florida.

Engler allegedly used the internet to lure in investors from Austria, Germany and Switzerland with false claims that he traded in shares and security through his investment company, “Private Commercial Office ins,” ICE said.

Investors placed a little under $100,897,00 with Engler’s company, according to ICE.

“Once they had transferred the money to the United States, they no longer had any possibility to access the money,” it said in a statement.

Charges, which if he is convicted could carry a sentence of up to 20 years in prison, were filed against Engler in Mannheim and Hamburg, Germany in 2007.

US authorities began reviewing the case in 2011 and determined that Engler had shifted his operation to Nevada, where he was living under new identities in the names of Joseph Miller and Joseph Walter, ICE said.

The FBI and local police also confiscated 1000 artworks which Engler had stored in a warehouse outside of Las Vegas. “We’re investigating whether Mr Engler was involved in criminal activities in Las Vegas,” a police spokesman told the paper.

Engler’s extradition to Germany is now being prepared.