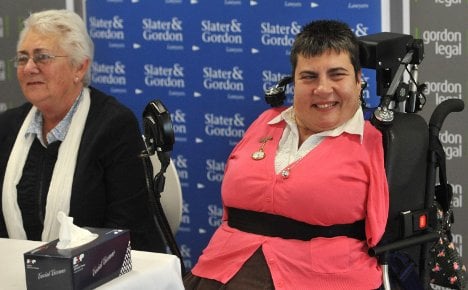 Affidavits sworn in the lawsuit of an Australian woman born without limbs after her mother took thalidomide claimed that the drug’s maker Grünenthal ignored and covered up claims that it caused birth defects dating back to 1959.

Thalidomide was not withdrawn from sale until late 1961, but excerpts of internal company correspondence filed in the Supreme Court of Victoria alleged doctors first warned of serious deformities more than two years earlier.

An estimated 10,000 children worldwide were born with defects after their mothers took thalidomide – known as Contergan in German – which was marketed as a morning sickness drug and sold in nearly 50 countries.

The correspondence was obtained in an Australian class action involving up to 100 thalidomide victims, sections of which were published online Friday in two lengthy affidavits sworn by counsel leading the case, Michael Magazanik.

Magazanik said the previously secret documents revealed repeated warnings to Grünenthal from doctors and distributors from as far afield as Sri Lanka and Lebanon.

He said the documents also showed thalidomide was never tested on gestating animals before it went on sale.

Instead, the first clinical trials in the world were conducted in Australia in 1960 and used “pregnant women rather than laboratory animals as experimental subjects”, he alleged.

At that time doctors were already allegedly warning Grünenthal that their drug had caused birth defects, and throughout 1960-61 hospitals and pharmacists were returning their entire thalidomide stocks or refusing to buy or supply it.

Some six months before it was formally declared unsafe and removed from sale Grünenthal’s own staff were already refusing to use thalidomide, fearing its side-effects, Magazanik’s affidavit claimed.

As many as 10 Grünenthal staff had children with birth defects after taking thalidomide between 1959-61, it said, with a similar number of deformities among children born to employees at its British partner Distillers.

In-house lawyers warned the company repeatedly in 1961 that it had “behaved improperly in failing to provide adequate warnings to doctors and consumers,” had been negligent and was at “great risk in legal proceedings”, it added.

The documents suggest Grünenthal misled and failed to inform distributors in Britain and Germany about the extent of problems and deliberately withheld that information from the US Food and Drug Authority.

The Australian case, which is yet to go to trial, is being led by wheelchair-bound Lynette Rowe, 50, who was born without arms and legs after her mother took thalidomide during pregnancy.

Distillers, which is now part of Diageo, settled out of court with Rowe this month and agreed to negotiate with others in her class action, but Grünenthal has denied wrongdoing and vowed to “fully defend” any legal action.

“Grünenthal maintains that its actions were consistent with the state of scientific knowledge and the prevailing standards for pre-marketing and testing of the pharmaceutical industry in the 1950s,” it said of Rowe’s case.