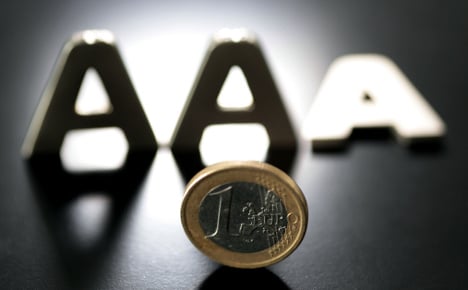 Moody’s cut the outlook on a swathe of state-backed regional banks, known in Germany as landesbank, but also included IKB Deutsche Industriebank and Deutsche Postbank.

Many of the landesbanks have struggled since the 2008 financial crisis and amid Europe’s ongoing economic crisis, which has seen growth slow.

Moody’s noted that several of the banks held debt that was guaranteed by the German central or regional governments.

It warned more downgrades could come if there was a “further deterioration of the creditworthiness” of the Germany’s central or regional governments.

“Today’s action follows Moody’s decision to change the outlooks on the German sovereign and sub-sovereign ratings to negative from stable,” Moody’s said in a statement.

That was the first step toward stripping Germany of its coveted AAA credit rating, a stark warning that no one, not even Europe’s largest economy, is immune from the eurozone’s rolling crisis.