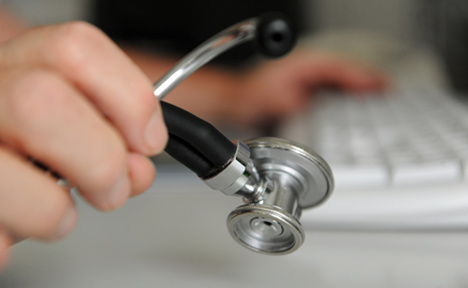 Nine women have pressed charges against the 41-year-old doctor, who is under “suspicion of violating a highly personal sphere of life with captured images,” public prosecutor Henner Kruse in the western city of Dortmund said.

The charge is frequently called the “paparazzi paragraph” under German law.

Investigators suspect at least three other women fell victim to the gynaecologist’s hidden cameras, which he is believed to have attached to a wristwatch and a ballpoint pen.

He allegedly deployed them during examinations, based on a preliminary look at images on dozens of CDs and DVDs as well the computer at his practice.

“There is a heap of data storage devices” to examine, Kruse said, adding that it would probably take until September to sort through all the images.

The nine women who have pressed charges identified themselves in pictures and videos dating from three days in October 2010 and April 2012. Police contacted the women based on appointment records found at the doctor’s office.

In April it emerged that another German gynaecologist was under investigation for allegedly keeping a stash of 35,000 photographs and several videos of naked patients.

Medical assistants alerted the authorities to the collection of images kept by the doctor from Schifferstadt near Frankfurt in western Germany showing around 1,850 women, which was discovered in September 2011.