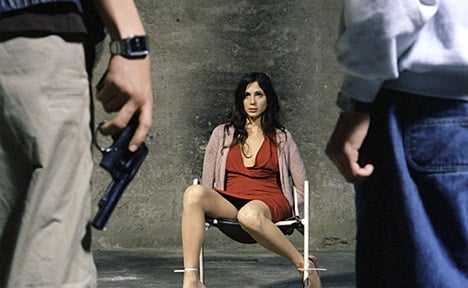 Two women in the town of Borken, North Rhine-Westphalia, panicked when they saw two men wearing balaclavas bundle a tied-up woman into the back of their car.

They called the police and then followed the car, but soon lost it in traffic. Police launched a helicopter-led search for the battered green Opel Corsa that the women had described and issued a public plea for information, the Süddeutsche Zeitung newspaper reported on Tuesday.

Hours later, a red-faced woman contacted the Borken police and told officers that she had “something to explain,” the paper said.

There had been no kidnapping – witnesses had seen them making a wedding gift for an engaged couple the group were friends with – a short film called “the stolen wedding gift.”