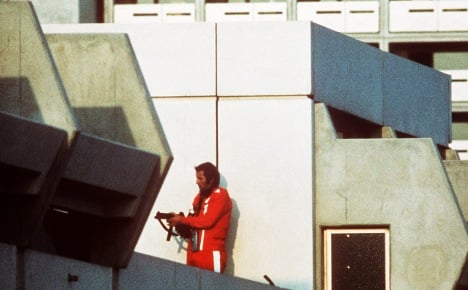 The revelations came as International Olympic Committee president Jacques Rogge commemorated the dead with a minute’s silence on Monday when he visited the London 2012 Olympic Village.

Eleven members of the Israeli Olympic delegation were killed during the attack on September 5, along with a German policeman. Of the eight Palestinian terrorists, five were killed.

Just two days later a civil servant at the foreign ministry laid out the line to be taken by the government regarding the disaster. “Blaming each other must be avoided. As must self-criticism,” his note said, according to Der Spiegel.

Thus was born the myth of a perfectly-organised terrorist group, and official documentation of the federal government as well as the Bavarian state authorities talk of the precision with which the group had operated.

But the magazine said they all knew that the group were chaotic and had experienced difficulties with the most basic tasks such as getting hotel rooms in Munich.

An analysis conducted by the Munich criminal police explicitly stated that the attackers had “not conducted any precise reconnaissance before the attack.” But the public never discovered this.

The fact that the Munich public prosecutor at the time launched an investigation against the head of police Manfred Schreiber and his team leader for suspected negligent manslaughter was also hidden from the public.

And there were clues and warnings which the magazine described as “so concrete, that it is barely comprehensible why they were ignored.”

The German embassy in Beirut sent a message on August 14 saying that a source had heard the Palestinians were planning to stage something during Games. Four days later the warning was sent by the foreign ministry to the domestic intelligence service, along with the recommendation that “every possibly security measure be taken.”

The security forces seemed to ignore things that were written in the press at time, the magazine continued. Three days before the attack, Italian magazine Gente said that terrorists were planning a “spectacular act at the Olympic Games.” Two days after the bloodbath, this warning was put on files by Hamburg police.

Attempts to hide the extent of the authorities’ failure continued, with policeman confiscating the work of Munich police psychologist Georg Sieber, who had written up 26 potential crisis scenarios for the Games – including an attack on the Olympic Village by a group of Palestinian terrorists.