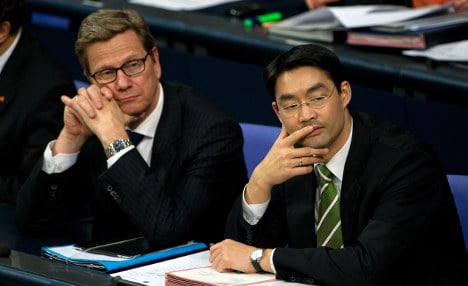 “I see desires emerging in Greece to renegotiate and substantially question the country’s obligations to carry out reforms. I have to say simply, that will not do. It is a Rubicon that we are not going to cross,” Westerwelle told the daily Bild.

He called on Athens to clearly demonstrate that it wanted to remain in the eurozone. “Greece must not just say that it wants to stay in the eurozone, but must also implement a clear policy of reforms and keep its commitments,” he added.

On Wednesday Greece’s Finance Minister Yannis Stournaras admitted the crisis-hit country still had “some way to go” to finalise €11.5 billion in spending cuts demanded by its EU-IMF creditors in return for fresh loans.

Auditors from the European Union, International Monetary Fund and the European Central Bank – the so-called troika of Greek creditors – are expected in Athens next week for another in-depth inspection of the new government’s economic programme.

The troika’s report will determine whether Greece will receive fresh loans of 31.5 billion euros by September due under its debt rescue programme.