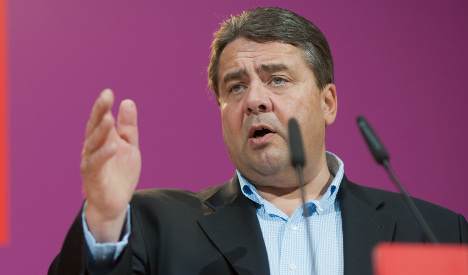 Banks are guilty of “blackmailing” and “dictating” policy to European states, wrote Gabriel in a preview of an eight point paper seen by the daily tabloid Bild on Saturday.

Banks have effectively forced governments to bail them out by threatening massive damage to national economies if they are allowed to fail, he wrote, and complained that this makes politicians seem “willing stooges of the banks and financial markets” in the public’s eyes.

He went on to demand a Europe-wide bank insolvency law to ensure that banks can be left to go under without taking whole societies down with them.

Gabriel’s comments come just days after he criticized German banks for ripping off their customers with extortionate interest rates for overdrafts. In his paper he further accused banks of “manipulation,” for example by conning their customers into buying toxic assets. Not only do they pay their staff “obscene salaries,” they also take risky gambles with their customers’ savings, wrote Gabriel.

“Through their behavior a minority of bank managers risk massive damage to society daily and are responsible for a huge loss of trust in the whole sector,” he wrote.

With the position paper, Gabriel said he has launched what will be the opposition’s election campaign against the worst excesses of the financial sector.

“The parliamentary elections in 2013 must be made into a decision over the taming of the banking and financial sector,” wrote Gabriel.