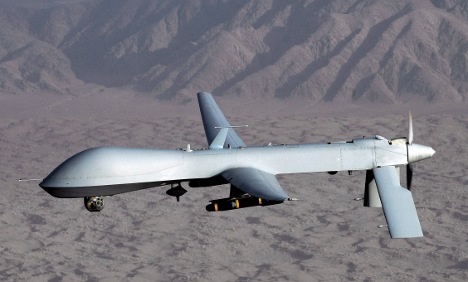 He confirmed a report to be published Friday by Germany’s Tageszeitung newspaper on the attack in North Waziristan on a purported hideout for foreign and homegrown militants linked to the Taliban and Al-Qaeda.

In a statement, the prosecutor’s office said the investigation launched on July 10 “aims to find out if the use of drones which led to the death of the German citizen is in line with international law.”

The man, identified only as Bünyamin E., was killed on October 4, 2010, the office said.

Germany said at the time it was in contact with Pakistan over five German Islamists killed in a US drone attack in the lawless tribal belt.

Berlin is the third biggest contributor of troops to the 130,000-strong NATO-led International Security Assistance Force after the United States and Britain. It has 4,900 soldiers in Afghanistan but 500 are set to be withdrawn by 2013 before a complete pullout.